Countless Hawaiian books have been written over the years.  Some chronicle the history of the Hawaiian islands and recount stories passed down through generations via oration and mythology.  Others narrate World War II and the struggles of modern-day Hawaii, as it became the 50th state added to the United States in 1959.  We hope you enjoy our list for 2019, and feel free to reach out if you have any others we should add to the list!

Hawaiian Books of History and Culture

James A. Michener, a Pulitzer Prize–winning author, demonstrates the history of the Hawaiian islands by narrating the stories from Japanese, Chinese, Polynesian, and American missionary immigrants.  The novel is known for its historical accuracy and discusses the struggles multiple cultures coming together to form modern-day Hawaii. Martha Beckwith was the first person to research the numerous gods and godesses of Hawaiian culture and put the stories into a single work.  She sourced her work from various historical books and manuscripts that capture the oral recordings of early Hawaiians.  Follow the genealogy from Ku and Hina (Man and Woman), down through the more reckless deities, Maui and Pele

Captive Paradise is a compelling account of Hawaii’s history.  It discusses the struggles the Hawaiian natives encountered when they first adopted Christianity from the rigid Calvinist missionaries.  It also delves into the United States’ annexation of the islands during President William McKinley, as well as the many business dealings that occurred afterwards.   James Haley’s tale provides an evocative approach to Hawaii’s tumultuous history.

Hawaiian Books to Read on the Beach

Former President Barack Obama’s touching memoir dives into his struggles growing up with a white mother and a Kenyan father, whom he never knew.  First published before he reached office, in 1995, and discusses his time in Honolulu, attending preparatory school, and his travels to Kenya to discover his heritage. Many of you may have seen the movie, but as is typical, the book provides greater depth and piques your imagination further.  Whether or not you maintain George Clooney as the protagonist is up to you, but for the rest, embrace the terrific storytelling.  Most of the film was shot in Hanalei Bay in Kauai – a great read, especially if you’re hanging out on Hawaii’s oldest island.

For those days when you would rather take in the sun and waves while doing something creative and relaxing, check out Lori Talbot’s adult coloring book.  Lori’s books provide an excellent, meditative way to enjoy the islands at your own pace – the way it should be.

Hawaii Travel Books to Bring with You

DK’s guide is packed with Hawaiian culture and activities for travelers to enjoy.  They include everything from volcano hikes to see the flowing lava, as well as a full list of the most beautiful beaches in the world.  They also offer places to stay and local dining options throughout the islands, whether you are traveling alone or with the ohana (family). Frommer’s travel guides are always terrific resources for anywhere in the world you travel, and their 2019 Hawaii edition is no different.  Carry this with you during your travels for a full list of what to do, where to go, and what to eat, at your fingertips.  It’s packed full of the best excursions and sightseeing tours the islands offer.

Mary Kawena Pukui’s definitive Hawaiian dictionary is one of the main reasons the language has seen a resurgence since the late 1940s.  Her research and expertise in Hawaiian proverbs and sayings is consolidated in this single work that provides everything a visitor (or a native!) needs to get a full understanding of the Hawaiian language.  Mary Kawena Pukui passed away in 1986, but her work carries on. 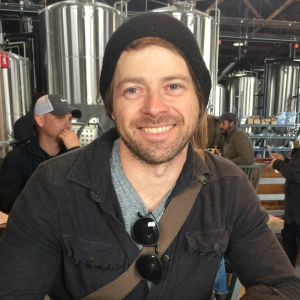 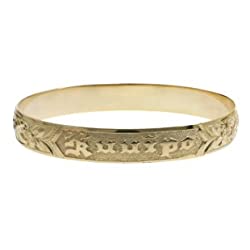