The Kukui Nut Tree became the official state tree of Hawaii when Hawaii became the 50th state in the United States, 1959. It was named the state tree because of its prevalence throughout the islands and its many uses.  The tree is not native, but was brought to the islands by other Polynesian nations farther to the west, but the exact origin is difficult to trace.

The leaves give an almost purplish hue when young.  When the tree matures, it can reach up to 80 feet (25 meters) tall.  The leaves typically measure between 4-8 inches (10-20 cm) long and vary in shape – either ovate or having 3 to 5 lobes.

There are many uses of the kukui nut tree, both traditionally and today.  The kukui nut is very hard and is largely composed of oil, so traditionally it was used with a wick made of kapa cloth and burned in a stone lamp, called a “kukui hele po”, for candlelight.  Each kukui nut contains enough oil to burn for 15-20 minutes.  This is also the reason it is sometimes referred to as the “candlenut tree”. If you happen to visit any of the traditional Hawaiian luaus, check out the torches – if they aren’t using kerosene, it’s very possible, they are using kukui nuts.

When the ancient Hawaiians and Polynesians were a fishing culture, kukui nut oil was used as canoe varnish and to help preserve fishing nets (‘upena).  The tree’s trunk was also used to build smaller canoes and the seats within canoes.

If you char the kukui nuts themselves, you can then use the ink for tattoos or artwork.

Hula dancers also use the bark to decorate their skirts.

Kukui nuts are also used in traditional leis, especially for men.  For those of you traveling to Hawaii, you will often receive one of these kukui nut leis as soon as you land.  Many shops on the islands also sell kukui bracelets as well.

It is also incredibly moisturizing, so Hawaiians often used it to moisturize their skin and protect it from sun and salt water damage.  This includes sunburn and windburn, but also diaper rash for infants.
Kukui Nuts and Cooking (‘Inamona)

Raw kukui or candlenuts are toxic and should not be eaten, but cooked or roasted kukui nuts are edible.  If you are craving some traditional Hawaiian poke, roasted kukui nut spice (or ‘inamona) is an essential ingredient.  It is difficult to find in stores outside of the islands, but you can order ‘inamona on Amazon.  Just be aware that they do have some laxative properties, so use sparingly!Kukui Nut Resources 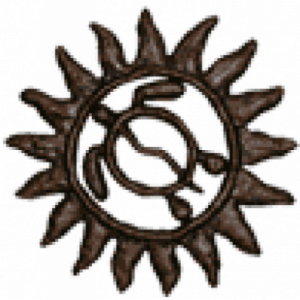 David Kwiat is the original founder and content editor of Hawaiian-Words.com. He noticed a lack of information on the Hawaiian language, so he worked with members of the Hawaiian community to curate a list of recordings for all to hear and learn from. Jeff Kwiat has been working with his Dad on the site for many years and took over full time in 2020. 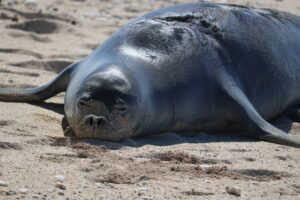 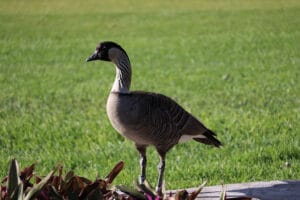